by Brad Meltzer and Josh Mensch

In 1776, an elite group of soldiers were handpicked to serve as George Washington’s bodyguards. Washington trusted them; relied on them. But unbeknownst to Washington, some of them were part of a treasonous plan. In the months leading up to the Revolutionary War, these traitorous soldiers, along with the Governor of New York, William Tryon, and Mayor David Mathews, launched a deadly plot against the most important member of the military: George Washington himself.

The First Conspiracy is the story of the secret plot and how it was revealed. It is a story of leaders, liars, counterfeiters, and jailhouse confessors. It also shows just how hard the battle was for George Washington and how close America was to losing the Revolutionary War.

In this historical page-turner, New York Times bestselling author Brad Meltzer teams up with American history writer and documentary television producer, Josh Mensch to unravel the shocking true story behind what has previously been a footnote in the pages of history. Meltzer and Mensch capture in riveting detail how George Washington not only defeated the most powerful military force in the world, but also uncovered the secret plot against him in the tumultuous days leading up to July 4, 1776. Keep reading for an excerpt of The First Conspiracy.

The trap is set.

It’s quiet on this night. Moonlight shines over a clearing in a dense wood. 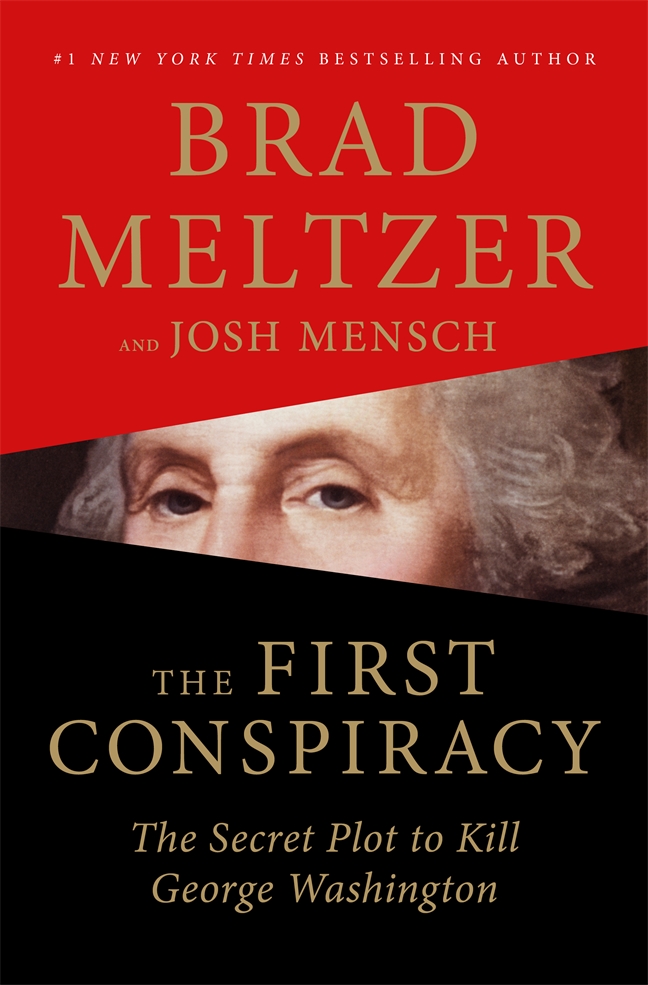 The silence is broken by the drumbeat of hooves in the distance, growing steadily louder. Soon several uniformed men on horseback emerge from the blackness. The party halts not far from a large wooden manor house that sits at the clearing’s edge. A few of the riders dismount and prime their muskets, standing guard. They scan the clearing, apparently thinking all is safe.

A moment later, another rider steps down from his horse. He’s taller than the rest and wears a long officer’s coat.

His name is George Washington, the Commander-in-Chief of the Continental army.

There is a traitorous plan against him. He has no idea it’s coming.

For the last ten months, since the day he was appointed to his command, Washington has had a nearly impossible task: to organize a scattered mess of backwoods militias and untrained volunteers into a functioning national army. And not just any army. This small, inexperienced, poorly equipped group of soldiers needs to stand up to what is probably the biggest and most powerful military force in the world. By any normal measure, they don’t stand a chance—and Washington knows this, just as he knows that with every decision he makes, thousands of young soldiers’ lives could be lost.

Tonight, even more is at risk.

Washington has just arrived in the western woods of Manhattan, about two miles north of New York City’s bustling commercial district, which covers the island’s southern tip. He’s just finished a weeklong journey from Boston, and he’s here now to fortify the city against the first major British offensive of the war. What he’s facing is terrifying: Sometime in the next few weeks or months, a massive fleet of the vaunted British navy will swarm into New York Harbor—hundreds of ships and tens of thousands of soldiers prepared to invade the city.

They’re coming. It’s just a question of when.

The colonies have placed all their hope and trust in him. It is up to this one man, George Washington, to lead the small Continental army and withstand the massive attack.

Tonight, among the soldiers accompanying Washington, a few are dressed differently from the rest, in short blue-and-white coats with brass buttons. They’re known as the “Life Guards,” an elite group of specially trained soldiers handpicked to serve as Washington’s bodyguards. He takes particular pride in these men, whom he trusts above all others.

In the faint moonlight, Washington walks slowly toward the nearby manor house that will serve as his lodging for the next few critical weeks before the British attack. 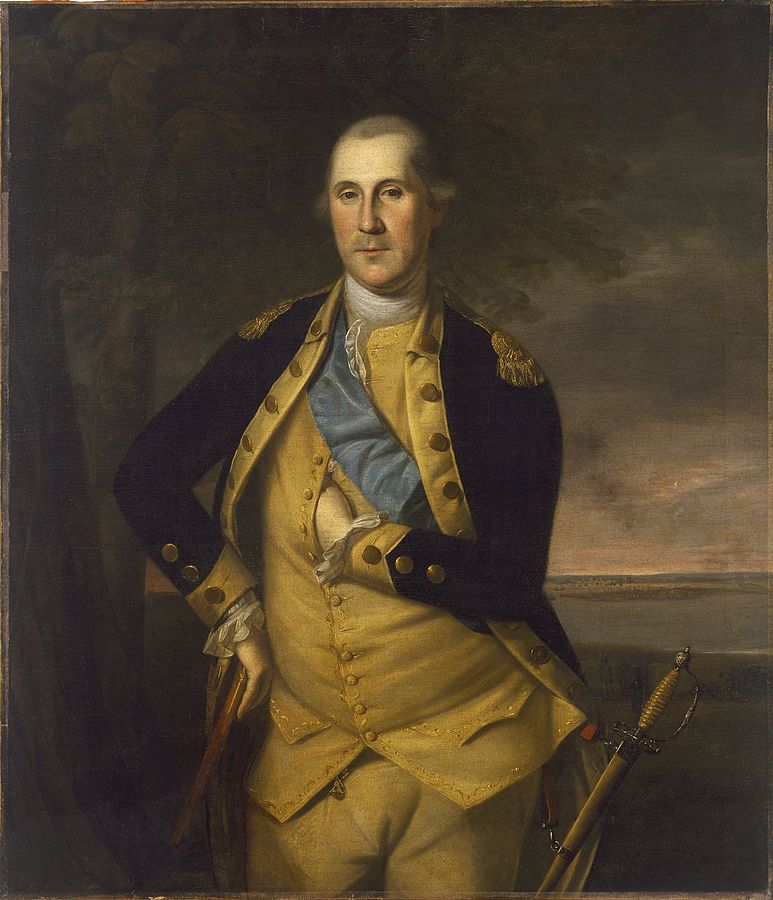 Yet what George Washington doesn’t know is that here in Manhattan, the coming battle isn’t the only thing he should fear.

There are other enemies waiting for him—enemies more dangerous than even the British army.

At this exact moment, three miles away due southeast in New York Harbor, a ship is anchored in the darkness. On board is one of the most powerful men of the colonies—the exiled Governor of New York—and he is masterminding a clandestine plan to sabotage the colonies’ rebellion. In the dead of night, small boats carrying spies shuttle back and forth to him, delivering intelligence from shore.

At the same time, two miles away from where Washington now stands, the Mayor of New York City, working in concert with the Governor, carries a secret cache of money. His plan is to tempt Washington’s soldiers to betray their army and their countrymen in a breathtaking act of treason.

And several blocks from the Mayor’s office, in one of the city’s underground jails, three prisoners whisper to each other in a dank cell, out of earshot of the guards. They have no idea that their quiet murmurs could change the future of the continent.

They are all players in an extraordinary plot:

A deadly plot against George Washington.

Most extraordinary of all, some of the key members of this plot are in George Washington’s own inner circle—the very men in whom he has placed his greatest trust.

You could call it America’s first great conspiracy—but at this moment, America doesn’t yet exist.

Some of the details of this scheme are still shrouded in mystery, but history provides enough clues for an astonishing story. This is a story of soldiers, spies, traitors, Redcoats, turncoats, criminals, prostitutes, politicians, great men, terrible men, and before it’s over, the largest public execution at the time ever to take place on North American shores. It all happens, amazingly, within days of the signing of the Declaration of Independence.

That’s not all. The discovery of this plot, and the effort to investigate it, will lead colonial authorities to devise new systems of intelligence gathering and counterespionage. In many ways, this plot against George Washington would lead to the creation of a whole new field of American spycraft—now known as counterintelligence.

At its center is a deadly conspiracy against the one man on whose life the very future of America depends.

BRAD MELTZER is the #1 New York Times bestselling author of The Escape Artist, The Inner Circle, and many other bestselling thrillers, as well as the “Ordinary People Change the World” series. He is also the host of the History Channel TV shows Brad Meltzer’s Decoded and Brad Meltzer’s Lost History, which he used to help find the missing 9/11 flag that the firefighters raised at Ground Zero.

JOSH MENSCH is a writer and documentary television producer with a focus on American history and culture. He has produced, written and directed series for PBS, National Geographic, A&E, Discovery and other networks. He was also the showrunner on Brad Meltzer’s Lost History for the History Channel. Josh is a graduate of Princeton and Columbia Universities, and lives in Brooklyn with his family.

The post The Secret Plot to Kill George Washington appeared first on The History Reader.