1. They face criminal charges (or are “jammed up,” in FBI parlance) and are seeking favorable treatment in court.
2. They’re interested in eliminating their competition in the criminal world.
3. They’re mercenaries who do it for the money.

Types two and three are dangerous, because they can turn on you at any time. The best informers are people like Nestor, who are motivated to work with law enforcement in order to get their criminal charges reduced. 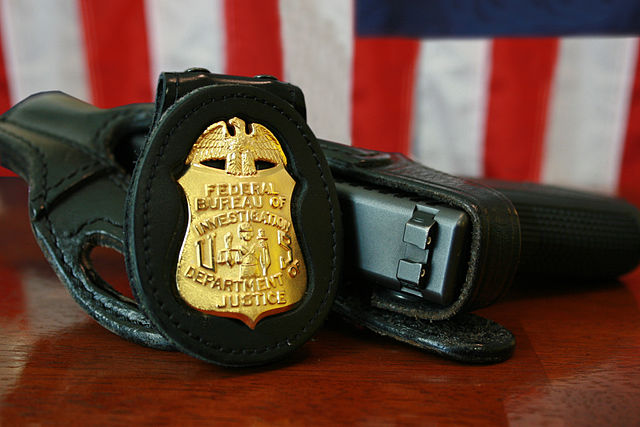 FBI badge and service pistol. Image is in the public domain via Wikipedia.

For someone to become an FBI informant they have to meet a strict set of legal criteria and be approved by the FBI brass. They generally rule out anyone who has ever been convicted of a violent crime. Since Nestor was a drug dealer with no violent offenses on his record, he was accepted. His wife turned out to be a classy, educated woman with a good job at a utility company.

She started cooperating with us from Day One. Nestor, meanwhile, cooled his heels in jail, but was entitled to a bail hearing every thirty days. Because the courts were filled with spies working for the various drug-trafficking organizations, we didn’t want to risk going to court and asking for his release. Instead, every thirty days at Nestor’s bail hearing his lawyer would argue to lower his bail. After three months, it dropped to a reasonable amount, which Nestor’s wife promptly paid. Once released, Nestor immediately reported for FBI informant duty, and I knew exactly what I wanted to use him for.

In the late ’80s/early ’90s, hides were new to both dope dealers and law enforcement. In fact, before we had stopped Nestor’s car, I’d never seen one before. It got me thinking: Maybe we set up an Undercover Operation (UCO) where we offer cars with hides, and use them to catch bad guys.

UCOs and Title III electronic surveillance were the two most complex, demanding, difficult, and effective investigative techniques in the FBI’s arsenal. I’d been part of a Title III investigation in the Bacalao case, but had never done a UCO. This seemed like the perfect time to try.

Back in those days, the FBI was just starting to use computers. So I spent several days after Nestor’s arrest calling FBI offices all over the country. I asked each one: “Do you know anyone in the FBI or law enforcement who has run an undercover operation like this?”

The Los Angeles Division happened to be my sixth call. Agents there described an FBI resident agency office in Santa Ana, California, that had initiated a similar and very successful undercover operation a year earlier. They called their’s “Loadtrak.” Like a good FBI Agent, I immediately “borrowed” their concept for the East Coast and dubbed ours “Eastload.”

Then, I traveled out to Santa Ana to see how they had set theirs up. Agents in the Orange County municipality generously shared all the nuts and bolts of their UCO. They showed me the various hide cars and trucks, and introduced me to the mechanics who had built the sophisticated hides.

Now that I could show the existence of a very successful precedent in another FBI Division, it turned out to be relatively easy to get my plan approved. Again, like a good FBI Agent, I “borrowed” all of LA’s paperwork, or “ponies” in FBI speak, and started to draft my first FBI UCO.

The process to get an undercover operation approved required extensive preparation, research, logic, hard work, and long hours. There were multiple layers of approvals to secure from our own Division, FBIHQ, and the Department of Justice. The FBI wasn’t about to invest significant time, effort, manpower, and money on some goofy idea. It took a couple of months and gave me writer’s cramps, before we got the green light from Washington with a budget of more than $500,000 for hide buildouts and dope buys.

Next came something we called “backstopping”—or fabricating a story with false documents to support an undercover operation. In this case, we wanted to set up a business that rented out cars with hides to drug dealers and thereby catch a lot of bad guys. We scoured the local area for an appropriate facility and found a huge warehouse in an industrial complex across the Delaware River in New Jersey big enough to accommodate twenty cars with private offices in front. Video monitors, listening devices, and one-way glass had to be installed.

More importantly, we had to build a profile for the business by incorporating it and getting insurance, just like a real company. Everything had to look perfectly legit if scrutinized. To start our fleet, we picked out three government-seized cars, a van, and a truck and hired the same Santa Ana mechanics to build hides inside them. They had to be the best, because if I wanted to run a successful FBI UCO, every detail had to be done right. 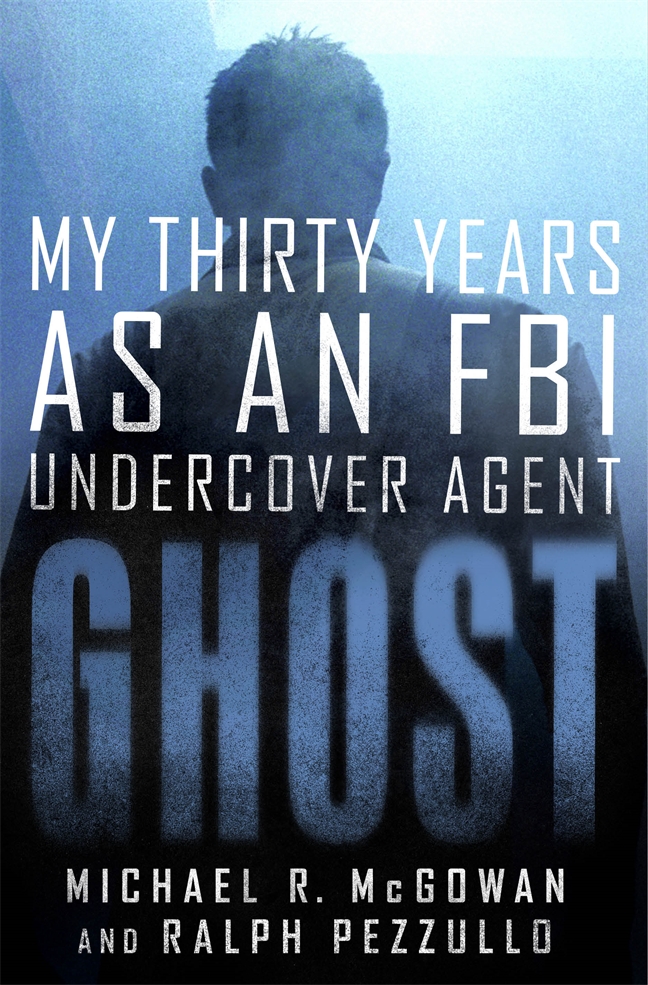 As the Case Agent of the UCO, I would be managing everything from behind the scenes. I also needed people to help me with logistics and the enormous amount of FBI paperwork that would be generated. From our Squad, I selected a young African American FBI Special Agent named Hank Roberts, whom I had just finished training to be my #2, and another Squad Agent named Wayne Kent, to be the admin guy. (More on Kent later.)

Critical to the success of the operation would be the undercover guys who would actually interact with the drug dealers and sell our services. Nestor and his wife were going to be our front people. With street cred among traffickers around the Philadelphia area, they were perfect to spread the news about our business. Since they couldn’t appear to be managing the entire business themselves, they were going to need assistants to help man the showroom and do other tasks.

Our “clientele” was likely to be largely Hispanic, so we wanted native-Spanish speakers. At the time, the only Agents in our office who spoke fluent Spanish happened to be white. While working the Bacalao case I had gotten to know a number of New Jersey State Troopers, who had helped us execute stops, arrests, and huge drug seizures on Route 95 between New York City and Philadelphia. I picked two excellent, aggressive Hispanic NJ State Troopers to be our undercovers. They jumped at the opportunity to get out of uniform into plain clothes with plenty of nice jewelry and watches courtesy of the FBI.

In November 1990, five months after stopping Nestor’s car and after spending $250,000 of FBI money in start-up costs to create MRK Services, we were ready to launch Eastload. Given the financial investment from the FBI, the pressure to succeed was high.

Armed with a pocketful of freshly printed business cards, Nestor went out into the drug-trafficking community and spread the word about our services. They included the five vehicles with hides and the first brick-sized cell phones.

Nestor acted as our recruiter, vetter, and salesman, and handed out business cards to major dealers only. We didn’t want this to be a walk-in-off-the-street kind of business. If you didn’t have a business card from Nestor, you didn’t get in.

He did his job so well that when we got ready to open our doors one morning at 9 AM, there was a line of people waiting to get in. Once in the showroom, drug traffickers checked out our vehicles and phones. Then just like in a legitimate car dealership one of the undercovers would saunter over and discuss price and terms.

UNDERCOVER: “How many pairs of shoes do you have?” (Undercovers never used the terms of cocaine or kilos.)

“Then you’re going to need the van. Right this way.”

Our sparkling white Econoline van had a hide that could accommodate five hundred kilos and rented for $500 a day. We never let a conveyance leave without having a positive identification on the renter as a predicated drug trafficker, and a valid legal reason to initiate an investigation. All our vehicles were equipped with trackers, and everything that went on in the showroom was video and audiotaped.

Within weeks, we became the Hertz of drug dealers in the Philadelphia/southern New Jersey/New York City area. Demand for our services was so high that we had to order five more vehicles. The vans and trucks were by far the most popular, and they were being used to move large loads.

Even with ten vehicles in our arsenal, we had to be extremely selective. There were only so many vans and trucks we could follow and arrests we could make. It got to the point where we were turning down eight out of ten requests for our products.

Additionally, we were running Title III intercepts on the cell phones we leased out. Swamped with paperwork and the logistics of tracking vehicles and phones, we started to narrow our focus to only the big suppliers. At the same time, we had to be strategic in order to hide our hand.

Say we followed a car to a stash house. Instead of hitting the car, we might raid the stash house days later and with legal warrants. Next time around, we might do the opposite. The point was to confuse the bad guys and wall off our New Jersey operation. We didn’t want the dealers to suspect that the FBI was running the car and cell phone rental scheme, and they never did.

MICHAEL R. MCGOWAN is a 35–year law enforcement veteran, having first served as a police officer before joining the FBI more than 30 years ago. He has spent the past 30 years working domestic and international undercover operations. He has been recognized at the highest levels for his undercover assignments. He lives in New England.

RALPH PEZZULLO is a New York Times bestselling author, and an award-winning playwright and screenwriter. He lives in California.

The post Ghost: My Thirty Years as an FBI Undercover Agent appeared first on The History Reader.