In the United States, there is a long history of police violence and failed attempts to counteract it. Beyond These Walls offers a far-ranging exploration that tracks the legacy of crime and imprisonment, from the historical roots of the American criminal justice system to our modern state of over-incarceration, and offers a bold vision for a new future. Author Tony Platt, a recognized authority in the field of criminal justice, challenges the way we think about how and why millions of people are tracked, arrested, incarcerated, cataloged, and regulated in the United States. Keep reading for an exclusive essay from the author.

Police killings of civilians are so commonplace that it now requires an unusual circumstance for social media and journalists to take note. The death of Emantic Fitzgerald Bradford Jr. was newsworthy in November because police in Hoover, Alabama, mistook this African American man for a dangerous criminal when in fact he was trying to Thanksgiving shoppers from a shooter.

Bradford was one of three people killed by the police that day. The other two were not so newsworthy. 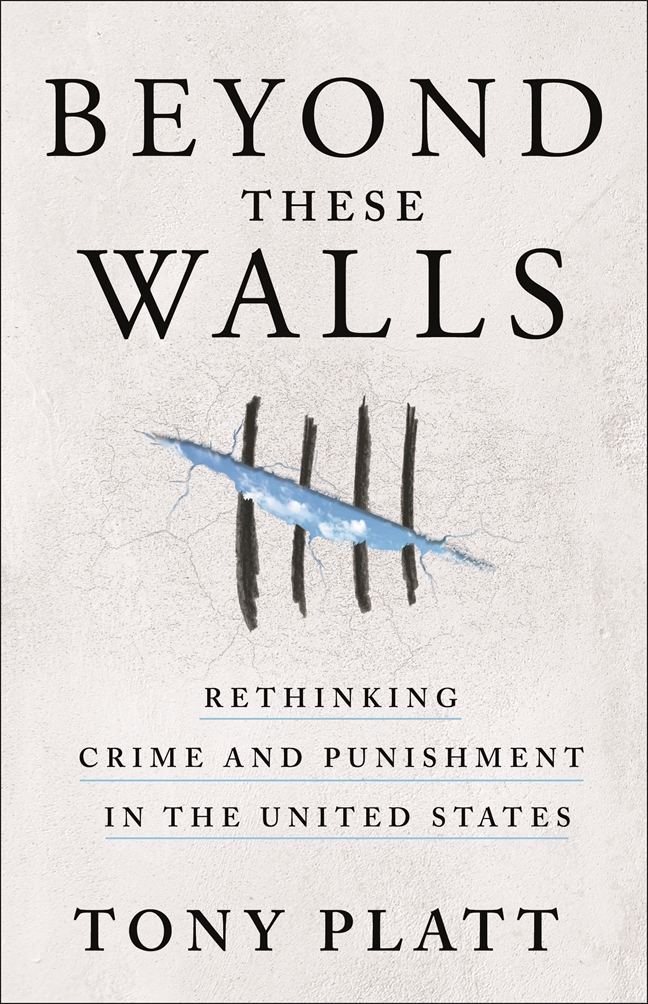 In 2014 and during the presidential campaign, activists compelled the media to resurrect many of the dead victims of police violence as full human beings, their deaths recorded on YouTube and debated at political conventions.

We learned their names and about their lives: Freddie Gray, Jr. killed as a result of spinal injuries suffered from a “rough ride” in a Baltimore police van; Eric Garner arrested for selling “loosies” and choked to death by police in New York; Michael Brown Jr., shot by police in Ferguson, his body left for hours in a public place in the sweltering Midwest heat; twelve-year-old Tamir Rice, shot to death by Cleveland police who claimed they mistook the boy’s toy gun for a real one.

We also learned about the decisive role of racism in the deaths of African Americans. A study of 1,217 fatal police shootings from 2010 to 2012 reported that black youth were twenty-one times more likely than their white peers to be killed.

In December 2014, responding to “recent events that have exposed rifts in the relationship between local police and the communities they protect and serve,” President Obama created a Task Force on 21 Century Policing. What sparked the president’s attention was not so much the killing by police of African Americans, for such an event is a routine by-product of modern policing, but rather the spread of large and often furious protests proclaiming “I can’t breathe” and “Black lives matter,” just as urban riots and antiwar protests of the 1960s had triggered President Johnson’s National Advisory Commission on Civil Disorders and President Nixon’s National Commission on Campus Unrest.

“There have been commissions before, there have been task forces, there have been conversations, and nothing happens,” said President Obama, encouraging his blue-ribbon task force to come up with solutions to the “simmering distrust that exists between too many police departments and too many communities of color.” This time, he promised, it “will be different,” not just “an endless report collecting dust on the shelf.”

Obama’s task force generated some modest reforms: equipping police with body cameras, restricting the use of some military hardware, and training police in multicultural sensitivity. Moreover, Obama’s Department of Justice pressured local police departments via “consent decrees” to root out their worst practices.

Despite these reforms, there was no significant change in the behavior of the police during Obama’s last two years. And any hope of significant change was quickly erased by a Trump administration that came into power committed to “Standing Up for Our Law Enforcement Community” and drastically reducing federal oversight of local police departments. In a 2017 speech, Trump essentially encouraged police to rough up suspects.

This cycle of extra-legal police violence, public outrage, reform, and back to business-as-usual has a long history. In the late 19 and early twentieth centuries, the professionalization of policing was supposed to stop lynching in the South and corruption in the North. Nothing changed. Police racism was still so entrenched in 1951 that the Civil Rights Congress petitioned the United Nations for relief from “acts of genocide against the Negro people. Once the classic method of lynching was the rope. Now it’s the policeman’s bullet.”

Throughout the 20th century, the police sided with capital against labor; with guardians of the sexual and gender status quo against gays, lesbians, and feminists; and with rightwing politicians against civil rights and other movements for social justice. In 1964, James Baldwin knew hardly anybody in Harlem, “from the most circumspect church member to the most shiftless adolescent, who does not have a long tale to tell of police incompetence, injustice, or brutality.”

In the 1960s and 1970s, broad-based social protests generated a new round of reforms and public inquiries into police atrocities. National commissions called for diversifying the racial composition of police departments; many cities created civilian review boards to weed out bad cops, and the U. S. Department of Justice began to monitor law enforcement agencies that blatantly subverted the Constitution. But none of these reforms addressed the quasi-military mission of policing embedded in the foundations of the profession or the absence of democratic governance of policing. And so the brutality and killings continued.

The report of Obama’s task force is already gathering dust, joining many others on the shelves, including a 1969 national report that I co-authored and in which we warned that “this nation cannot have it both ways: either it will carry through a firm commitment to massive and widespread political and social reform, or it will develop into a society of garrison cities where order is enforced without due process of law and without the consent of the governed.”

Why the police and other institutions of the carceral state—criminal and juvenile courts, prisons and jails, private police, and national security operations—have been so resistant for so long to structural change is explored in Beyond These Walls: Rethinking Crime and Punishment in the United States. To end the tragedy of the punitive state will take new ways of thinking, a revitalized imagination, and reckoning with a historical legacy that bleeds into the present.

TONY PLATT is a Distinguished Affiliated Scholar at the Center for the Study of Law & Society, University of California, Berkeley. The author of numerous books dealing with issues of criminal justice, race, inequality, and social justice in American history, including Beyond These Walls: Rethinking Crime and Punishment in the United States, he previously taught at the University of Chicago, Berkeley, and California state universities. Platt’s experience as a political activist and public intellectual informs his research and publications. He lives in Berkeley, CA.

The post A Long Tale to Tell: Crime and Imprisonment in the United States appeared first on The History Reader.