Those who read Harper’s New Monthly Magazine, No. 550, in March of 1896, would have seen an illustration on page 572 depicting a romantic moment between George Washington and a woman who wasn’t Martha. It is paired with an article, Colonel Washington:  “In New York, he fell into a new ambush,” the publication reads, “from which he did not come off without a wound. His friend Beverly Robinson must needs have Miss Mary Philipse at his house there, a beauty and an heiress, and Washington came away from her with a sharp rigor at his heart.” Washington’s first visit to New York occurred in February of 1756. 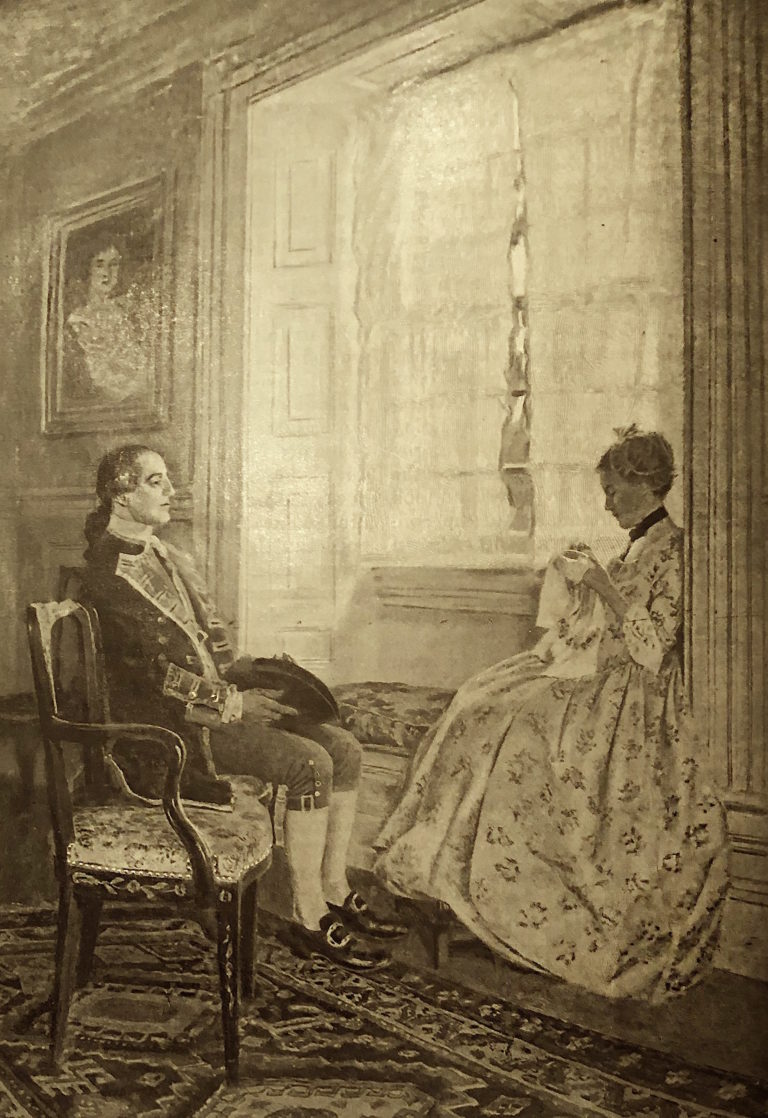 The article was likely a tantalizing read for the day. Its author who later became President of the United States, Woodrow Wilson, explored a George Washington in his early 20s on the precipice of greatness. “There was that in his proud eyes and gentleman’s bearing that marked him a man to be made friends with and respected,” writes Wilson. “A good comrade he proved, without presence or bravado, but an ill man to scorn, as he went his way among them, lithe and alert, full six feet in his boots, with that strong gait as of a backwoodsman, and that haughty carriage as of a man born to have his will.”

The woman who caused this sharp rigor at his heart was one of the richest belles in all of the colonies; her family owned miles of waterfront property from Manhattan northward along the Hudson River. She herself owned more than fifty-thousand acres, a rarity for an unmarried woman of the day.

Mary Eliza Philipse is the reason the journalist who is writing this article searched for the original 1896 Harper’s publication. When the search turned successful and after purchasing it and after it arrived in its shipping package and after uncovering it and after turning the pages quickly, albeit gently, the image I had always believed existed, left me awestruck for it added a layer of affirmation to what I longed believed— young George Washington had a relationship with the New York heiress. 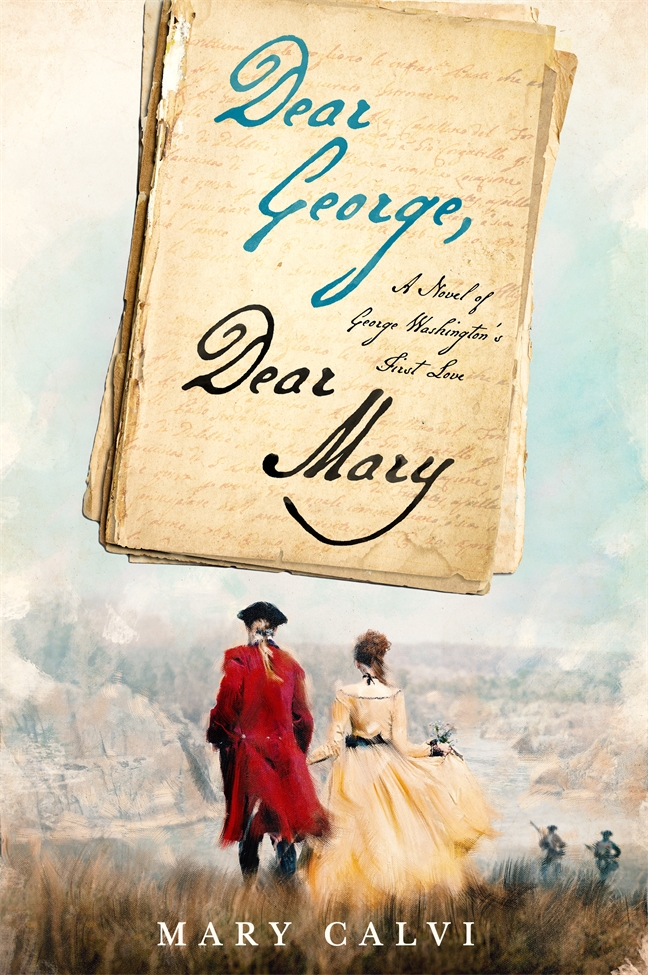 The actual drawing by Howard Pyle commissioned for Harper’s New Monthly Magazine, I later learned, has been sitting in a storage unit at Boston Public Library for the past fifty or so years. It appears to show a date between George and this belle of the North. Of course, in the mid-1700s, this date would have been called an “interview” for polite society sake. Pyle drew the heiress holding a teacup as she is dressed in a fashionably flowing gown with cherries embroidered into it and wearing a small veil upon her upswept hairdo, along with a thin black necklace. Washington is a gallant figure costumed resplendently, complete with ornate coat, breeches, tricorn hat, and gold-buckled shoes. The illustration presents an image of the two sitting in an elegant parlor, facing each other, with the sun’s rays coming through a window. If only the reader could have been fly on the wall for this affair, or maybe the two of them wanted their time together kept private. It certainly appears the latter is the case for their relationship has been buried in oblivion with history hiding it from prying eyes.

Count this author in as one of those sets of prying eyes for once I began my research which spanned years and consisted of digging through documents in dusty attics and basements, I couldn’t stop until I found what I firmly believe to be the truth about Mary and her relationship with George.

Now years after purchasing this original 1896 publication and after examining mountains of documents comes this author’s theory: Long before tea was tossed into Boston Harbor, unrequited love helped to spark a flame that ignited a cause that became the American Revolution.

What I found through primary sources revealed that not only Washington wanted to seize her surrender, so did a group of British men made up of officers, Colonels, even the Commander-in-Chief of the His Majesty’s Army in North America. This tight-knit group took great lengths to keep Washington, a Virginian, and the heiress apart.

Washington’s bitter resentment toward the British Army may have been cemented the moment she chose a British officer who was part of that group, a resentment that seemed to never sway in the years that led up to the Revolution.

Enter for a chance to win 1 of 5 hardcover copies of DEAR GEORGE, DEAR MARY!

Mary Calvi is a television news anchor in New York City. Her debut novel, DEAR GEORGE, DEAR MARY: A Novel of George Washington’s First Love is based on her years of research studying thousands of pages of historical documents. The book will be published on February 19, 2019.

The post A Clue to a Secret Love of George Washington appeared first on The History Reader.